6 tricks for SMEs to get featured on newspapers and events 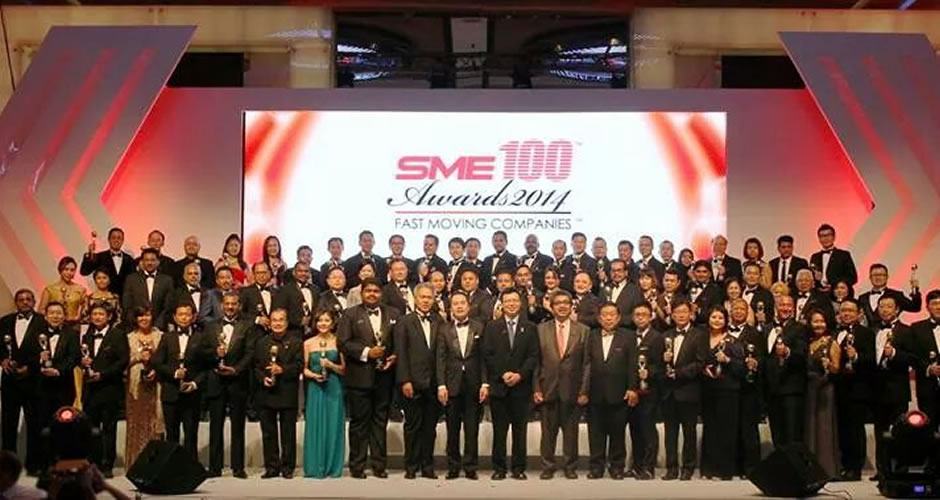 In our Asian society, brand trust plays a huge role in successful sales.

As I’ve mentioned before, it’s impossible to tell who’s good and who’s not if you lack expert domain knowledge.

If you ask me today to hire a nuclear scientist, I’d pick based on their presentation skills and how well they can convince me. Is the guy I picked really the best? I don’t know. Even if they explain their thesis and math to me, I won’t be able to understand it.

Things like that happen in corporate hiring all the time. And they happen in business deals just as often.

It’s not about who’s the best. It’s about who APPEARS TO BE THE BEST that wins the business.

Today, I’m going to reveal in detail some of the dirtiest tricks in the industry for trust-building.

#1 – Getting featured in big-name media

Of course, having friends and connections helps the most. But many people aren’t aware you can actually buy coverage.

Nearly all publications do this. Just contact the sales team for “advertorials” or “sponsored posts” and they will guide you through. You can even get covered on international sites like CNN, Huffington, New York Times etc.

Often, advertorials will indicate and name the advertiser, but push a little and you’d often see salespeople are open to compromises or workarounds. In any case, even if it’s an advertorial, you will suddenly be able to do this:

Looks familiar? Nearly every Singaporean who sees that will immediately trust the brand.

The truly important thing isn’t the coverage, but how to milk that coverage for all it’s worth afterwards.

“This company won so many awards. They must be damn good!”

Entrepreneur of the Year, Marketing Excellence Awards, Sustainability Award etc can all be won.

The truth is, awards probably want your help more than you want theirs! After all, your participation is where they make their revenue. No participants = no money for them.

Read this Straits Times article on business awards scams and decide for yourself.

Personally, I don’t feel it’s a scam. They never said whoever won is definitely the best. They’re just handing out awards.

It’s people’s fault for believing in such things so much. I personally know of a rather poor service that has used this method to become the top name in their industry within 4 years.

It was a Ponzi scheme that peaked in Singapore around 6-7 years ago.

This was their office in Toa Payoh HDB hub.

“If it was a scam, do you think they dare to open an office at HDB hub? They so rich, office so nice, why would they scam me?”

This office alone was enough to convince many future victims of their creditability.

No wonder many smaller companies are moving into the CBD at a time when global big brands are looking to move OUT.

Unfortunately, this one can’t be bought. You just have to break into the right circles. There are many events that ministers and business celebrities grace. Take some photos. Shake some hands. Once you get into the right circle, the list of event-invites is practically endless.

MLM companies do this EXTREMELY well.

Just because Jack Ma is at an event, doesn’t automatically make everyone else there Jack Ma. And just because I trust a minister, it doesn’t mean I trust everyone he shakes hands with!

Nonetheless, that’s how human beings think in the real world. Post photos of these to boost your trustworthiness among the masses.

When people know you speak in front of a big crowd, or at a major event, they believe you are an expert. That’s why all internet marketers use photos like these:

The grander the ballroom, the better. If you can wear a suit or jacket to look more professional, do it. Need to drive a Porsche in? Why not go one better and land by helicopter or charter a private jet?

Sunshine Empire and other Ponzi schemes have mastered the art of social proofing and perceived success marketing. Your business can take a page out of their book.

So how do you get a slot at a speaking event?

The truth is many events lack speakers. Hit up some event companies and ask for opportunities. You’d be surprised.

Another way is to offer free speeches. Schools and universities are often open to such arrangements.

Even if no one shows up for your talk, you can now say you’ve given a talk at SMU or NUS. This suddenly makes you look like an expert. It will then become easier to get speaking spots at future events.

It’s like the money game. The more you have, the more easily it grows. So start small and snowball from there.

Last I heard, back in 2014, you can get a rather impressive royal title from a nearby country for S$60,000. Of course, this is only with the right connections. There are also shortcuts to get titles like “Doctor”. In fact, even medical and law school in Singapore has alternative methods of entry. I prefer not to reveal too much here as this is a public blog after all.

Singapore’s society was trained to trust authority and respect professionals. In such an environment, it’s no surprise how much people believe doctors and people with powerful titles. This is especially true for the older generation.

Do I use any of the above methods? Not a single one of them.

I don’t submit proposals for awards. I routinely turn down speaking opportunities. I don’t even have a physical office space! So although I do these for some of my closer clients, I don’t utilize this myself.

Why? Am I too ethical? Or too stupid? Let’s not go into that. The business world isn’t an ethical debate. Whatever works, works. And there’s no faulting anyone for it. It’s simply personal choice which path people choose. So no, I’m not against anyone who succeeds using the above methods either.

Nonetheless, I personally enjoy delivering value more. And I’m pretty obsessed with acquiring knowledge in things that interest me.

There’s a difference between being an expert VS being PERCEIVED as an expert.  I simply spend my time focusing on the former.

So there are multiple ways to succeed. And multiple paths to take. The info on my blog gives you OPTIONS and INSIGHTS. How you use that knowledge is totally up to you as an individual.

But remember, value is oftentimes PERCEIVED rather than absolute.